Your browser is no longer supported

To get the best experience with www.aeso.ca, we suggest using a newer version of Internet Explorer/Edge, or using another supported browser such as Google Chrome.

* All project costs
** The AESO long term planning estimate for this project was Cdn $1.8 billion +/- 50% and included construction costs only. 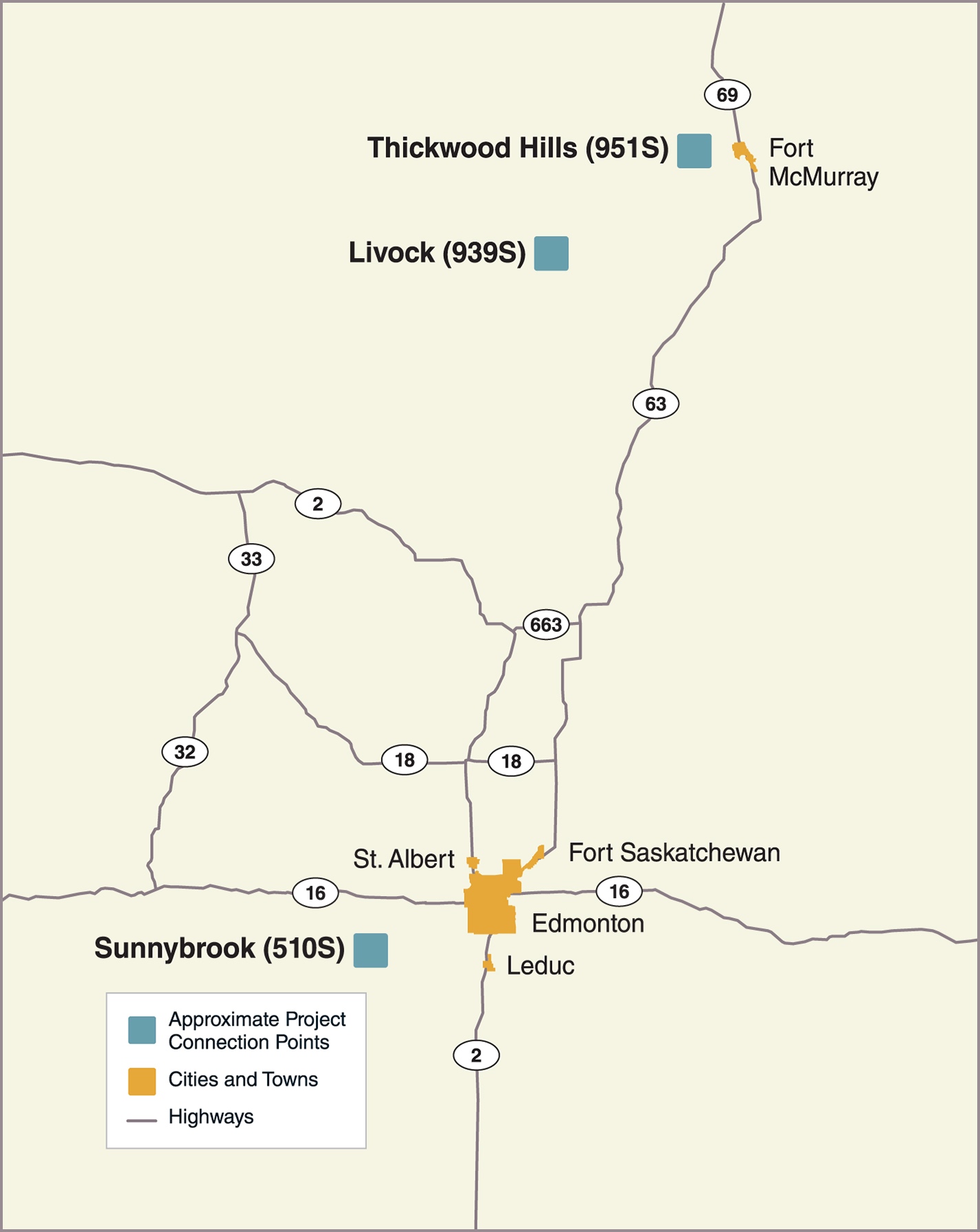 Alberta PowerLine Limited Partnership – a partnership between Alberta-based Canadian Utilities Limited (an ATCO company) and United States-based Quanta Capital Solutions, Inc. - was awarded the contract for the Fort McMurray West 500 kV Transmission Project in December of 2014 and the line was energized on March 28, 2019. Information about Alberta PowerLine Limited Partnership can be found on their website.

The AESO launched the Request for Expressions of Interest for the Fort McMurray West 500 kV Transmission Project (FMW) in May of 2013. The AESO’s competition attracted companies from across the globe.

The Request for Qualifications stage commenced in July of 2013 and concluded in December of 2013. The AESO provided draft project agreements at this stage to allow bidders an early look at the AESO’s proposed risk allocation. Five world-class teams that met the AESO’s criteria were short-listed and were invited to submit technical proposals as well as a price for FMW.

The Request for Proposals stage took place during 2014. In addition to a number of technical submissions that bidders were required to provide for assessment, the AESO conducted multiple rounds of confidential collaborative meetings (which had both a technical and commercial focus) with each bidder. At the conclusion of these meetings, the AESO issued final versions of the project agreements upon which all bidders based their technical and pricing submissions. Only bidders whose technical submissions received a passing grade were able to bid.

The letter issued by the Fairness Advisor in respect of both the RFQ and RFP stages, can be found here.

The FMW competition cost savings for Alberta ratepayers is conservatively estimated to be over $400 million. 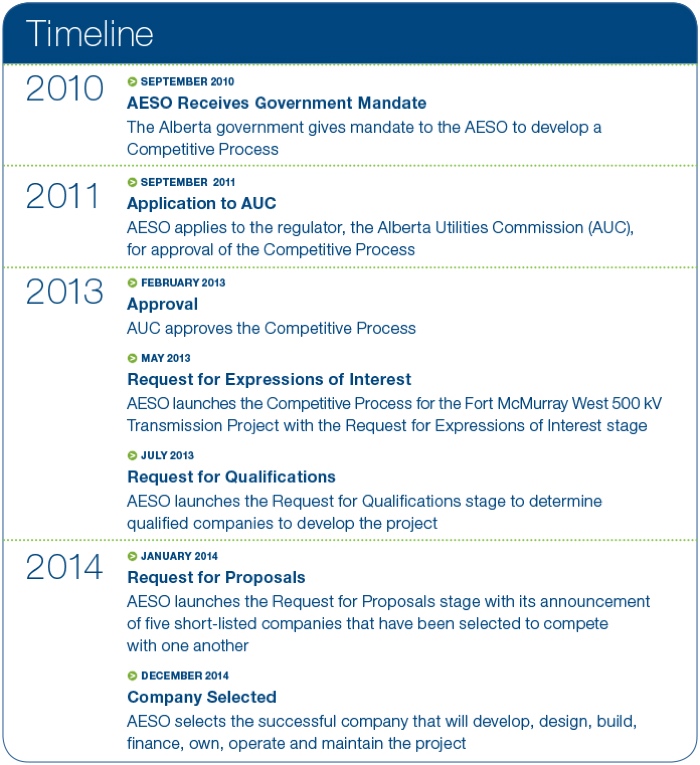