Your browser is no longer supported

To get the best experience with www.aeso.ca, we suggest using a newer version of Internet Explorer/Edge, or using another supported browser such as Google Chrome.

No other REP Rounds to proceed

On June 10, 2019 the Government of Alberta advised the AESO that they will not be continuing with the Renewable Electricity Program (REP) and thus do not intend to proceed with additional competition rounds. The government provided direction moving forward that the AESO should continue to oversee the projects and contracts awarded under previous REP rounds.

We will continue to work closely with the Government of Alberta on a competitive framework that provides affordable, reliable electricity for Albertans.

In January 2016 the Government of Alberta directed the AESO to develop and implement a program to bring on new renewable generation capacity. Through the Renewable Electricity Program (REP), 30 per cent of generation in Alberta will come from renewable sources by 2030.

The AESO provided recommendations regarding the REP to the Government of Alberta in May 2016. Recommendations were based on research and engagement activities between January and April 2016, including a third-party review of renewable procurement programs in other jurisdictions.

Following the success of REP Round 1 in 2017, the Government of Alberta directed the AESO to open REP Rounds 2 and 3 with separate Requests for Expressions of Interest.

About the competitive process

Each competition for the REP may include up to three stages and is anticipated to run for approximately 7-11 months. The stages include a Request for Expressions of Interest (REOI), a Request for Qualifications (RFQ) and a Request for Proposals (RFP). All stages of the process will be overseen by a Fairness Advisor, an objective third-party observer engaged to monitor and report on how the process has been conducted from a fairness perspective.

About an Indexed REC

The first three competitions utilized an Indexed Renewable Energy Credit (REC) or “Contract for Difference.” This payment mechanism was a key contributor to the success of REP Rounds 1, 2 and 3.

A REC is a way of paying renewable generators who win contracts through REP for the attributes they produce. A winning bidder is paid a $/MWh payment as follows: 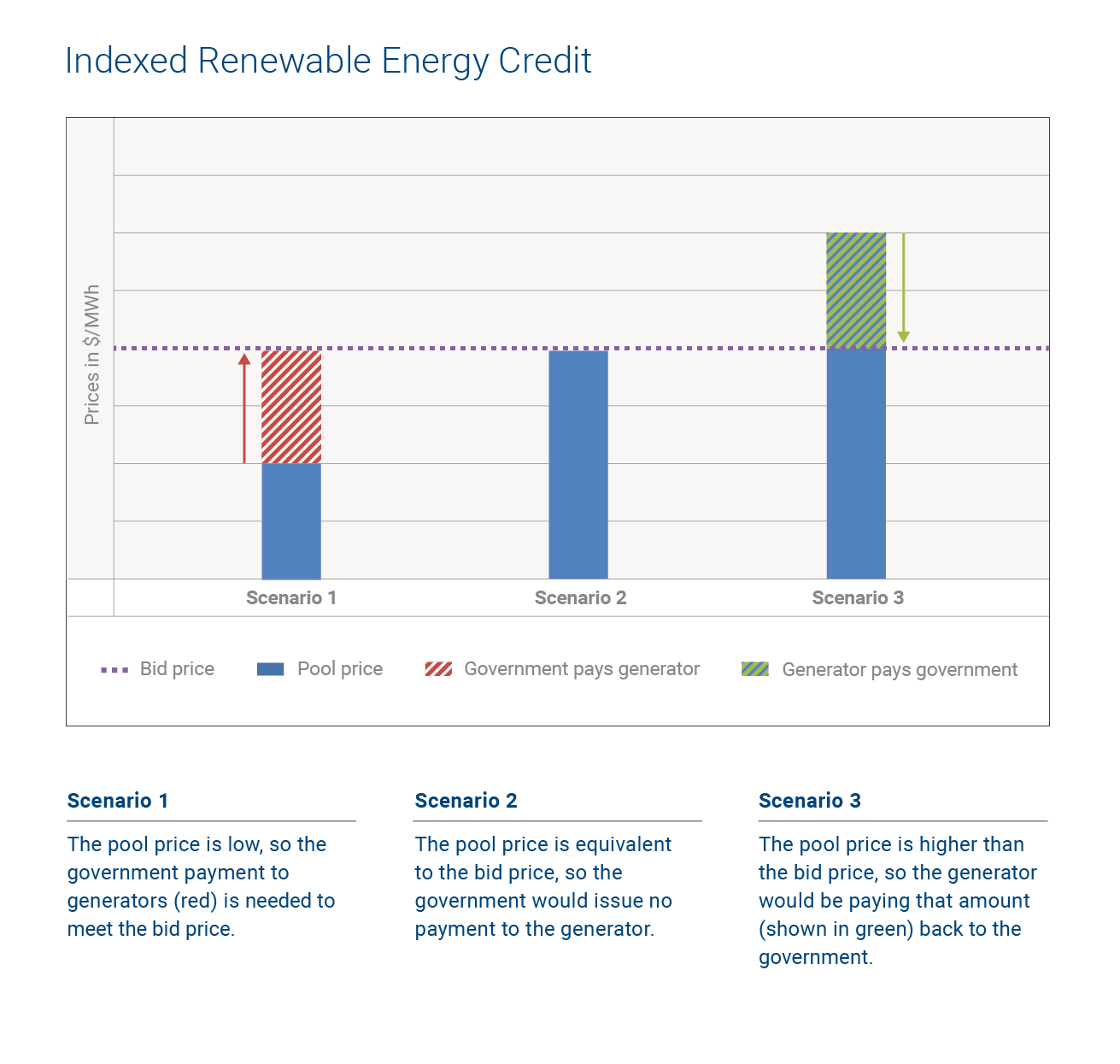